We believe that the ‘Great Commission’ of Jesus Christ: to go into all the world and preach the gospel to all creation is the fundamental activity of the church. This involves both the communication of the Christian message and the prayerful, compassionate provision of material and financial support to worthy causes.  We deem mission is to children and adults alike and applies locally, nationally and world-wide.

House of Victory (“Beit Nitzachon” in Hebrew), located in the city of Haifa on Mount Carmel, is Israel’s first Bible-based rehabilitation center. Founded by David and Karen Davis in 1991 after the first Gulf War, the vision for this ministry is the “one new man” in Messiah of Ephesians 2:14-16. Many Jews and Arabs have been delivered from life-controlling problems and have found new life through the word of God and the power of the Holy Spirit. Marriages and families have been restored.
Many graduates of House of Victory are now leading productive lives, and some are also ministering to other afflicted individuals in Israel. The program is based on the parable of the Good Samaritan (Luke 10:30-37) and Isaiah 58:7: “Is it not to share your bread with the hungry, and that you bring to your house the poor who are cast out; when you see the naked, that you cover him, and not hide yourself from your own flesh?”
For more information about House of Victory, please e-mail Eric Benson at houseofv@netvision.net.il or write to House of Victory, P.O. Box 45384, Haifa, Israel.
House of Victory
Shabbat meal at the House of Victory
Eric Benson was born in the United States. In 1982 while finishing his studies in history and communications at the University of Rhode Island, Eric came to faith in Yeshua and became part of a “Jesus Movement” travelling ministry. Sensing a great love for the Jewish people and a call to future ministry in Israel, he then began intensive studies in the scriptures, earning a degree from Zion Bible Institute and receiving ordination as a minister of the gospel with ZBI. In 1990 he moved to New York City to work with The New York School of Urban Ministry, leading ministry teams on the streets to serve the homeless. In 1991, Eric was invited into full-time ministry at The Upper Room, an outreach to addicts and the homeless run by Times Square Church in NYC and later joined the staff of Timothy House, TSC’s residential rehab program, where he gained further training working with men with backgrounds of substance abuse.
In 1992 Eric came to Haifa, Israel to serve at House of Victory men’s rehabilitation center with David and Karen Davis in the “own new man” vision of Jews and Arabs joined together in Yeshua. He soon met his wife Sophie Aboud, an Israeli Arab Christian, and after marrying in 1994, Eric became a citizen of Israel. Eric and Sophie have two daughters, Sharon Rose and Lily.
In 1996 Eric became the Director of the House of Victory where he continues now in his 25th year of service. He recently initiated the Tel Aviv Outreach, leading teams weekly to minister to the homeless drug addicts and prostitutes of Tel Aviv.
Eric now serves as an Elder in the leadership team of Kehilat HaCarmel (Carmel Congregation), preaching and teaching in various congregational meetings. A dynamic and inspirational speaker, Eric also ministers internationally in conferences and congregations abroad.
See more here

At the heart of Kingdom Gathering is the desire to bring God’s people together from different backgrounds and denominations to seek Him in unity. Every time we have met, God has blessed us with His presence and we look forward to what He wants to do this year.

Open doors started 60 years ago with a Dutchman named Brother Andrew answering Gods call to go into communist eastern Europe to strengthen the suffering Church of Jesus Christ that was under severe oppression.  There he met with and ministered to hundreds of people struggling to keep their faith alive under such conditions.

Over the last 60 years Open Doors have ministered all over the world now providing 2,355,250 bibles every year and many more tracts to the hurting church.  Above all things the Open Doors mission is focused on and understands that the biggest and most powerful things they can do is to pray!

Many Christians around the world are being persecuted because of their faith in Jesus, we aim to help Open Doors in whatever way we can, by given support to our struggling brothers and sisters.

“If one part suffers, all the parts suffer with it” 1 Corinthians 12:26 Open Doors rep for the Church is Brendan Clancy. Peter Prall continues to have monthly meetings at his home in Edinbane to pray for specific and topical areas of need.

AA Rocha (‘The Rock’ in Portuguese, because their first initiative was a field study centre in Portugal) is an international Christian charity working for the protection and restoration of the natural world, engaging communities in nature conservation. This is in response to the biblical mandate to care for the earth, and a demonstration of the Christian hope for God’s world. A Rocha does this through:
• practical involvement in nature conservation projects and ecological research (e.g. conserving and restoring habitats, ecological monitoring and research in areas of high value for wildlife);
• campaigning on biodiversity issues;
• engaging with churches, schools, communities and individuals and encouraging appreciation of nature and participation in its conservation, through environmental education and community outreach;
• providing a forum for understanding the relevance of the Christian faith to environmental issues.

Our main contact, and where SBC directs its Mission contributions, is A Rocha Ghana (https://ghana.arocha.org/), which works throughout the country, from four field bases, to help communities protect some of the most biodiverse and threatened habitats:
• coastal fishing communities who depend on healthy mangroves;
• villages around the rainforest of Atewa;
• farmers and fishermen at Lake Bosomtwe and the peoples of the arid savannah surrounding Mole National Park.

A Rocha is also active in the UK arocha.org.uk 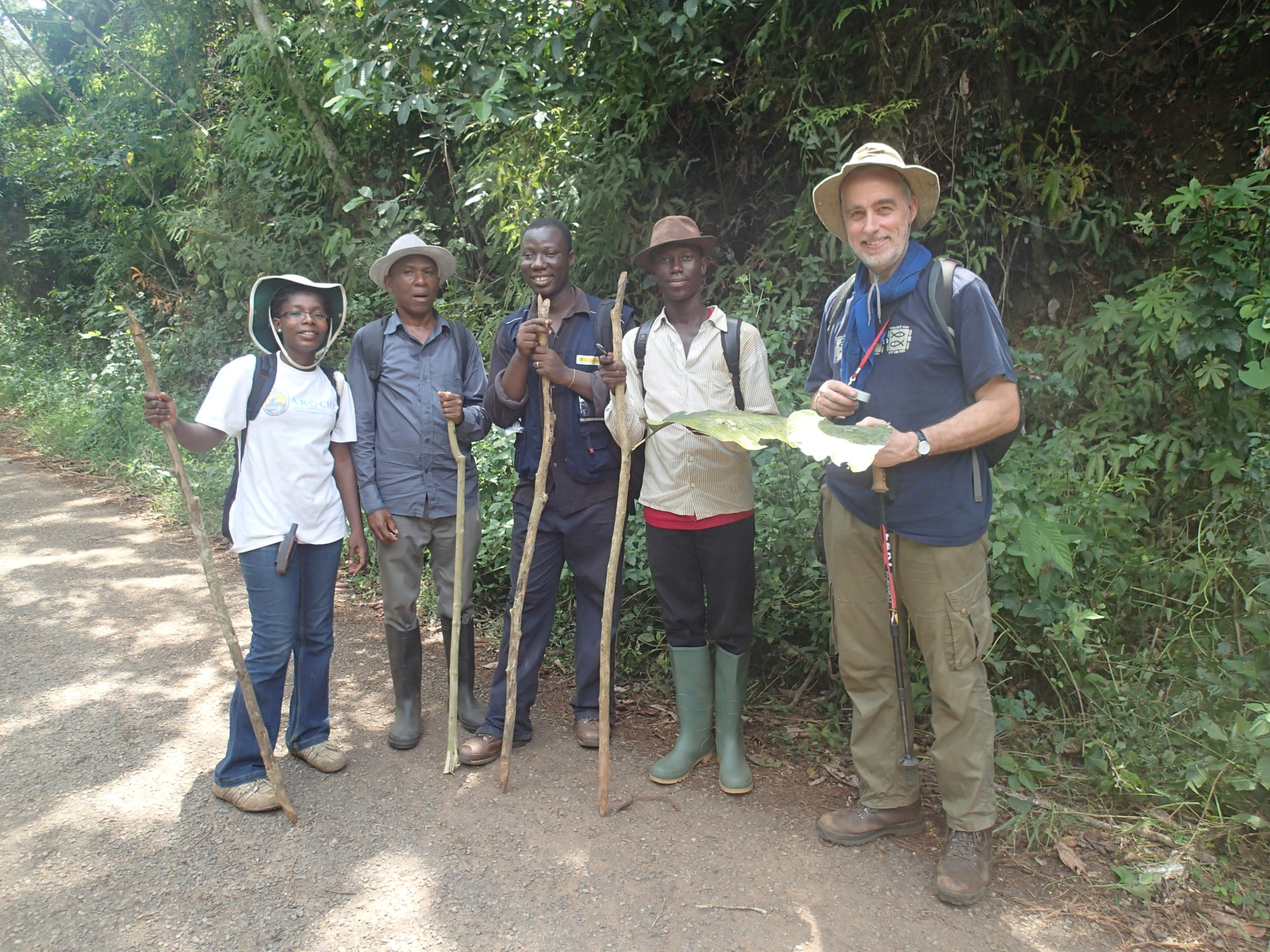 SBC support Street Connect. In May 2013 Ricky and Julie McAddock started working with marginalised and vulnerable people in Glasgow City Centre. Ricky and Julie had direct experience of not only the life controlling effects of addiction but also the life transforming power of putting their faith in Jesus Christ. This personal experience continues to inspire them to help those on the fringes of society to find freedom from all life controlling issues.

work in partnership with a range of local and national organisations and our current services include street outreach, drop in cafes, One-To-One consultations, group work including our community recovery programme, befriending, community detoxification services and referrals to residential rehabilitation. We’ve recently purchased our second two-bedroom move-on flat to provide accommodation for those who have successfully completed a period in residential rehabilitation. In the future we hope to be able to offer further accommodation geared to the varying needs of those we work with, including a small supported accommodation unit for those more at the beginning of their journey.

Action Overseas is the mission arm of the Apostolic Church, their mission is to take the gospel to the whole world. Their commitment is to the rule and reign of Jesus. God’s mission is at the heart of everything they do; to see people made in his image redeemed to the Father, through the love of Jesus in the power of the Holy Spirit. The mission takes on many forms including healing the sick, feeding the hungry, clothing the naked, preaching the good news, visiting the imprisoned, caring for orphans and widows, educating the poor, providing shelter to the homeless. ActionOverseas is committed to these actions whenever and wherever they can be done in Jesus name and especially when it opens up new opportunities.

They currently have a presence in around 100 countries and continue to seek God’s kingdom internationally. Doors recently opened up in Nepal directed by prayer and through the work of Mark Andrews; who heads up mission for South East Asia . Nepal is a Hindu majority country with only around 4 % professing Christianity. It is a crime to evangelise or covert to Christianity in Nepal and although Nepal claims to have religious freedom, many Christians are persecuted for their faith and shunned by their family and villages for conversion.

Action Overseas invite everyone to Pray, Give and Go. The opportunity for me to Go unveiled itself last year when I traveled to Nepal with Action Overseas for the first time. I spent time at the Victory Bible College , teaching English and supporting the work of the leaders there. Whilst there, I also had the opportunity to visit some small church pastors and pray for them and the work they are doing in a difficult land. The relationship is ongoing and I am due to return to Nepal in January where I will be teaching at VBC again and seeking opportunities to do his will. Please see http://actionoverseas.org/ to sign up for updates and be encouraged that every one of us can Pray, Give or Go. 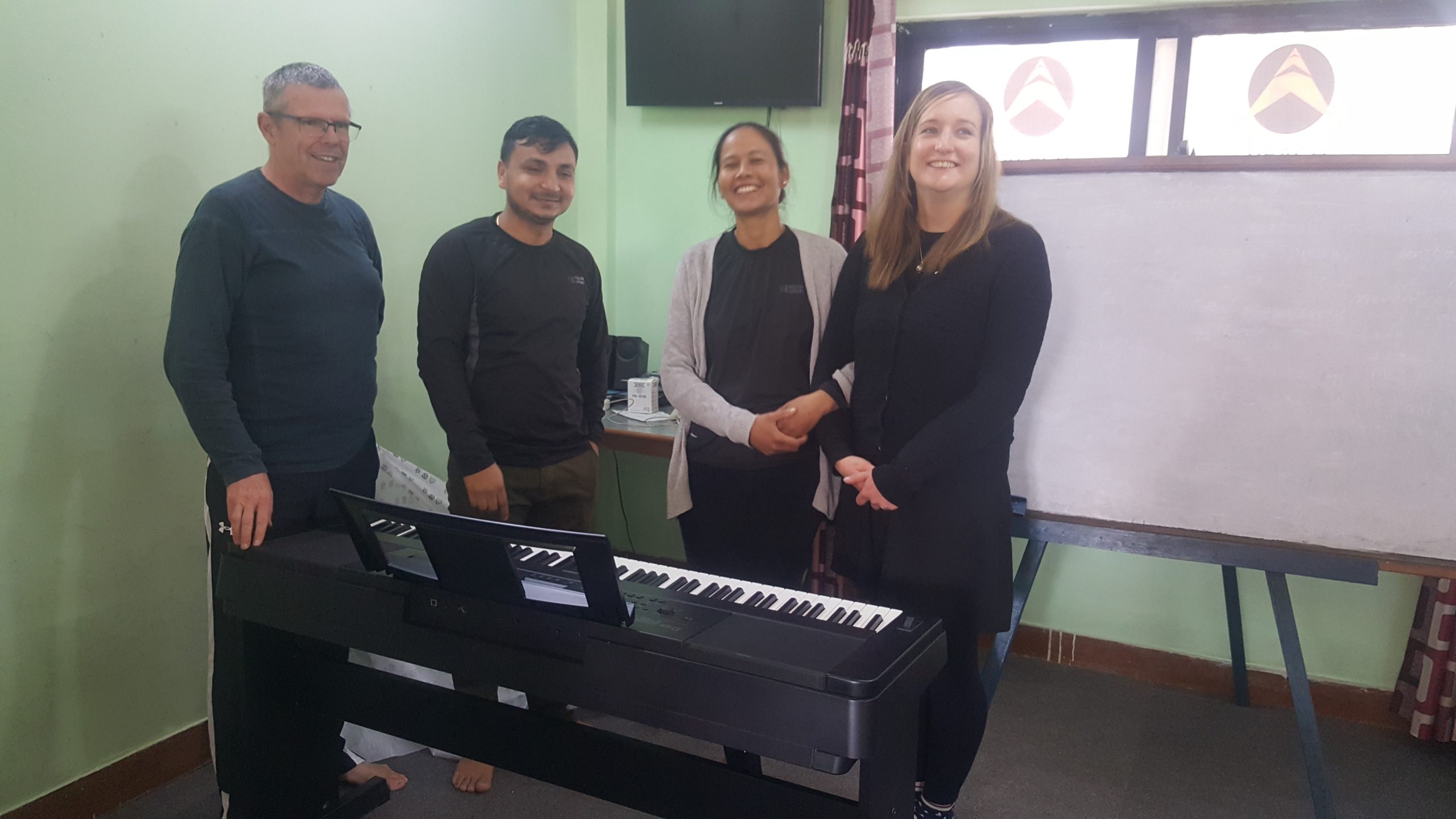